Planning safe and fun programming during the year of quarantine can be tricky to manage. While movie nights can sound less engaging than other ideas, there’s multiple ways to make them interactive and exciting. You could consider:

Whether this is for a future in-person event or a virtual movie night with your youth teams, the following films are ones we recommend trying out with your squad. 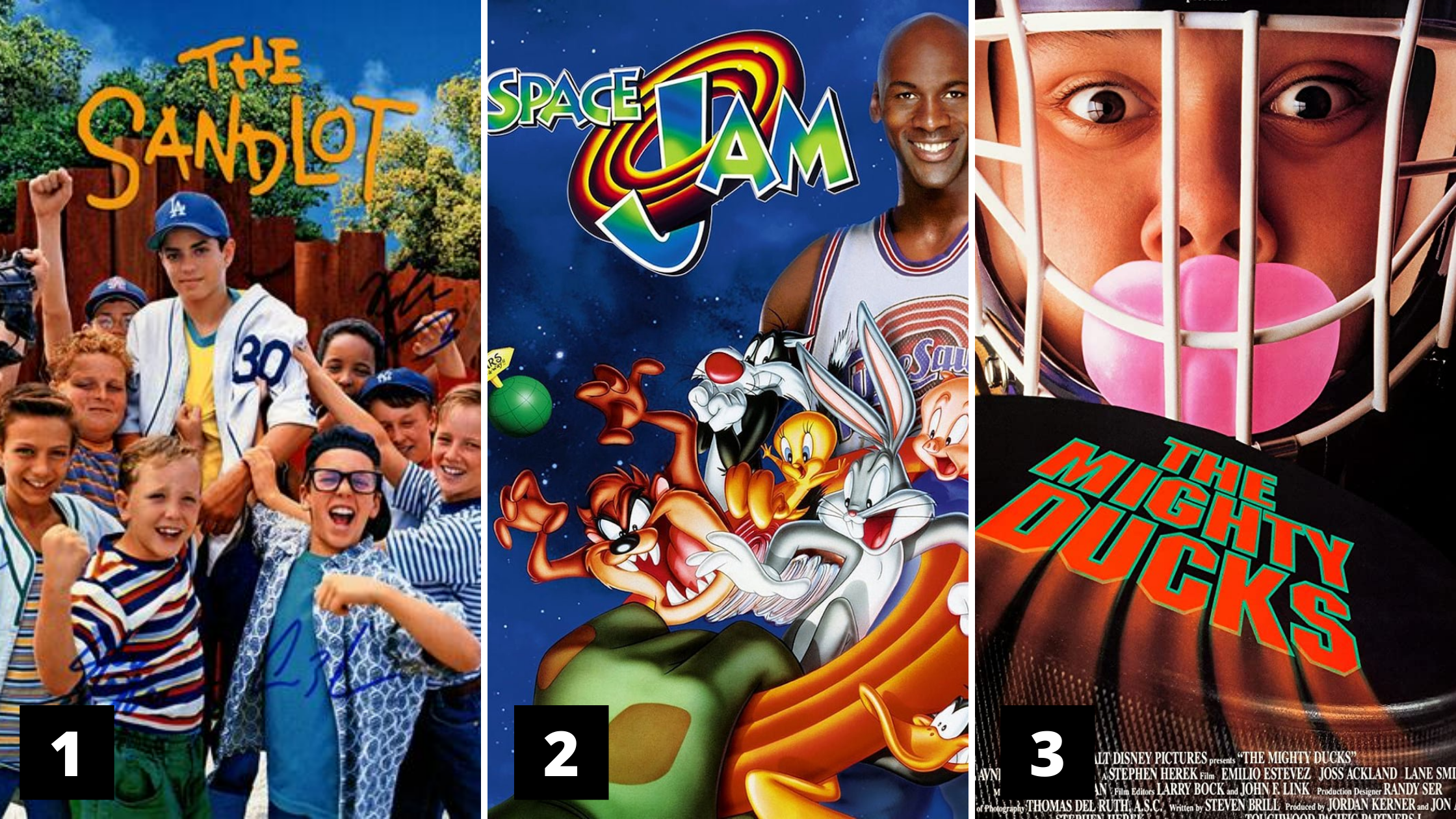 Released: 1993
Rated: PG
Where to Watch: Hulu
Plot: Set during the summer of 1962, this classic coming-of-age sports comedy is always a hit with audiences of all age groups. The movie tells the story of a group of young baseball players as they take on a new kid in town and their battle with the “beast” across the fence of their field.

Released: 1996
Rated: PG
Where to Watch: Amazon Prime, YouTube TV
Plot: For cartoon and sports fans alike, Space Jam features the looney story of what happens when The Looney Tunes enlist basketball star Michael Jordan to compete in a basketball game that will determine their freedom.

P.S. Excited about the new Space Jam slated for 2021? Us too. We even wrote a post about the creative designs we’ve seen for their Tune Squad basketball jerseys.

Released: 1992
Rated: PG
Where to Watch: Amazon Prime, Disney+, YouTube TV
Plot: This sports comedy spotlights a rag tag youth hockey team who get a self-centered lawyer assigned to coach them as a part of his community service.

Based on True Stories 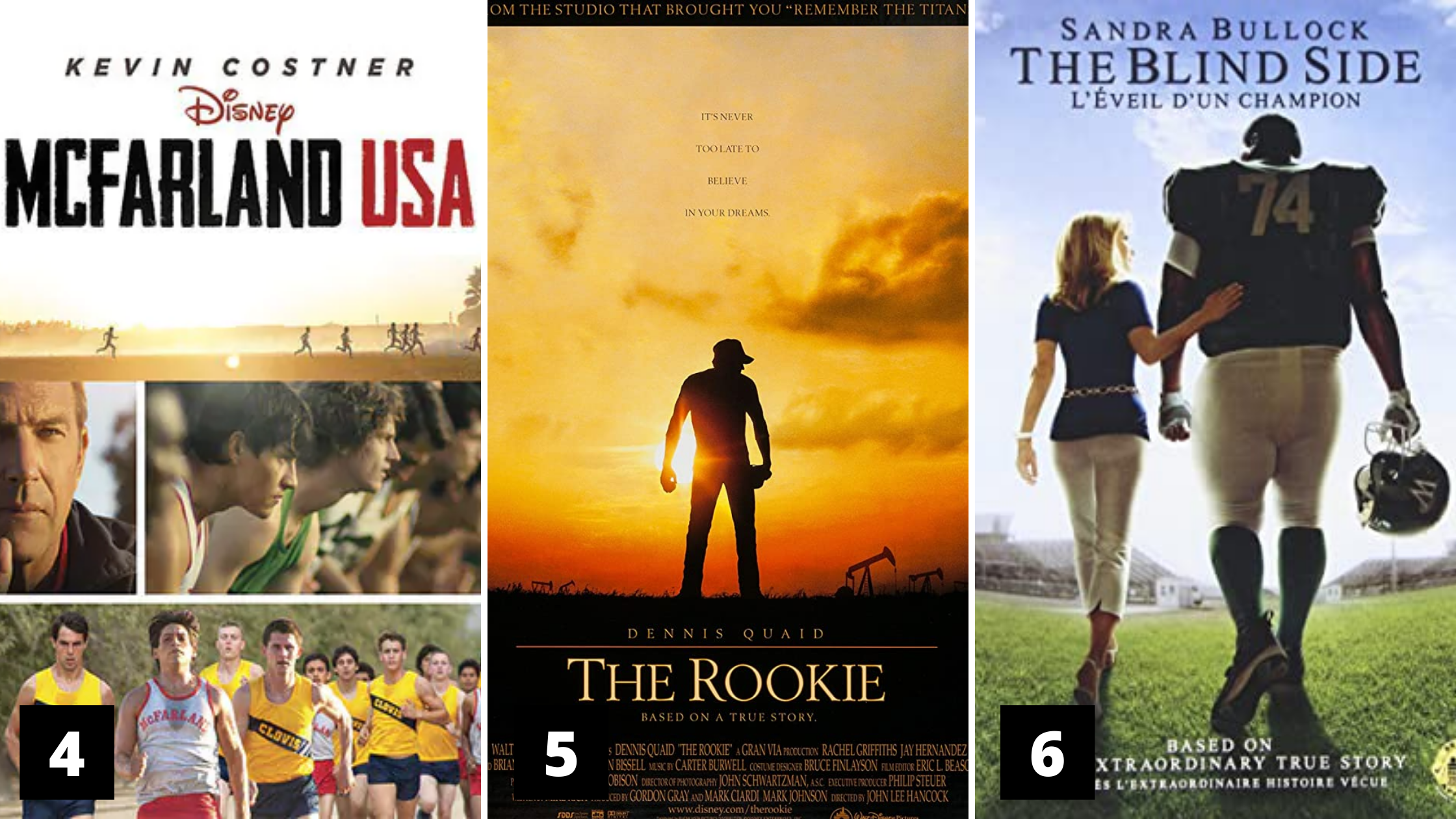 Released: 2015
Rated: PG
Where to Watch: Hulu
Plot: McFarland USA is an inspiring story of what happens when a former football coach spots some students worth starting a cross-country team. While these students resist and see no hope, we watch the makings of one of the best cross-country teams unfold in McFarland, California.

Released: 2002
Rated: G
Where to Watch: Disney+, Amazon Prime, YouTube TV
Plot: The Rookie is a true story of a Texas baseball coach who realizes it’s never too late for your dreams to come true. His high school teams strike a deal with him, saying that if they win the district championship he has to try out for the major leagues.

Released: 2009
Rated: PG-13
Where to Watch: Hulu, Amazon Prime Video, YouTube TV
Plot: Based off a book, The Blind Side is the true story of a homeless and traumatized boy who, with the help of a caring woman and her family, goes on to become an All-American football player and first-round NFL draft pick. 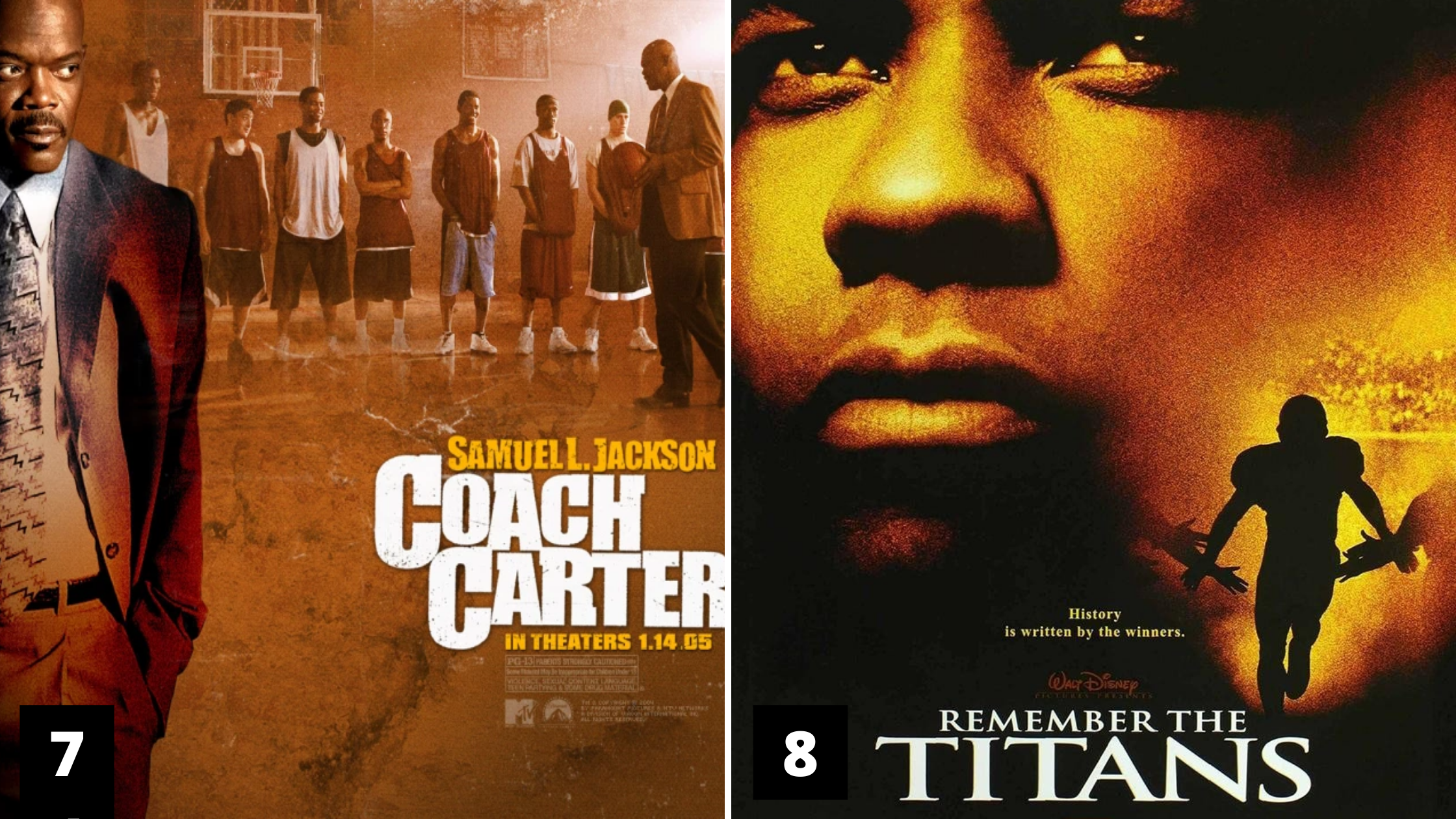 Released: 2005
Rated: PG-13
Where to Watch: YouTube TV, Amazon Prime
Plot: Coach Carter is a teen sports drama based on the true story of a high school basketball coach and what ensues after he benches his entire team for breaking academic rules, pushing them to prioritize school and sports.

Released: 2000
Rated: PG
Where to Watch: Disney+, Amazon Prime
Plot: A more biographical sports movie, Remember the Titans chronicles the true story of an African-American coach hired to coach the school’s football team and the racism they face as they compete with the less diverse teams around them. 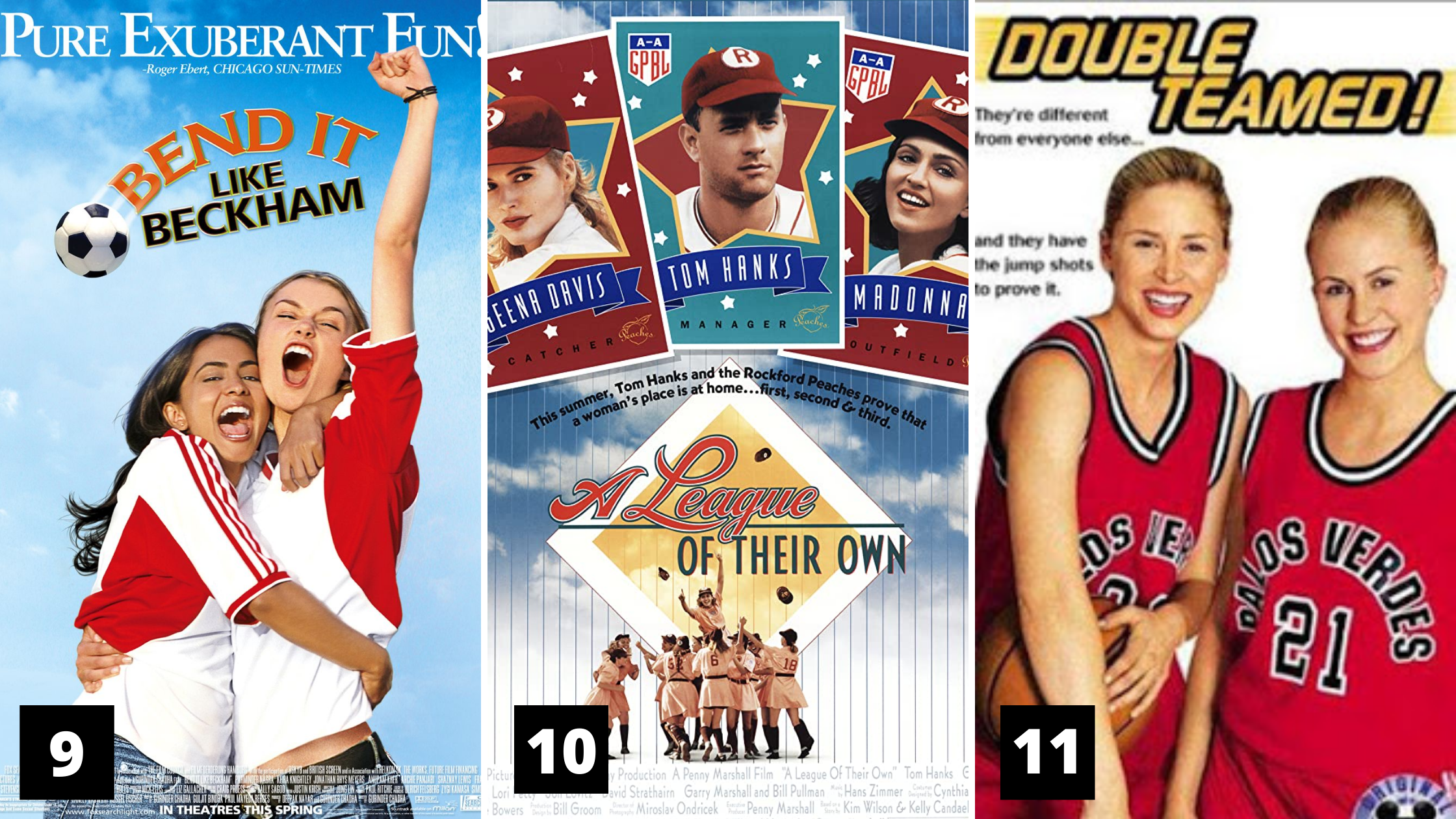 Released: 2003
Rated: PG-13
Where to Watch: YouTube TV, Amazon Prime
Plot: Bend it Like Beckham is the inspiring story of a young Sikh woman who rebels against her orthodox family and their traditional lifestyle to join a soccer team - well, football, since it’s set in Britain!

Released: 1992
Rated: PG
Where to Watch: YouTube TV, Amazon Prime
Plot: This American sports comedy tells the story of the first female professional baseball league and their struggles to make it. While not based on a story, it is a fictionalized telling of true events.